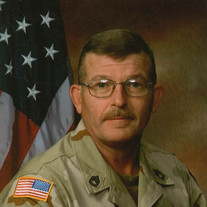 Todd C. Schainost, age 54, of Colorado, formerly of Colony, Kansas, passed away on Wednesday, June 30, 2021, at St. Luke's Hospital on the Plaza. He was born September 24, 1966, in Garnett, Kansas, the son of Clark E. and Christine (Hoffman) Schainost. Todd graduated from Crest High School in Colony with the Class of 1985. He joined the United States Army and served for three years in Germany. He then joined the 891st Kansas National Guard in Iola, retiring in December of 2009 as a First Sergeant. Todd was awarded the Bronze Star and the Bronze De Fleury Medal for his service in Iraq during Operation Iraqi Freedom. Todd married Lois Kreiensieck on June 3, 1996, and was blessed with one son, Blake. He enjoyed being outdoors feeding the fish and shooting guns with his family. Todd appreciated the time he spent with his brothers. He was preceded in death by his father, Clark Schainost. Todd is survived by his wife, Lois Schainost, of the home; son, Blake Schainost of Ellicott, Colorado; two step-sons, B.J. Schauman and Jay Schauman and wife Rachele of Topeka, Kansas; one granddaughter; and two great grandchildren; his mother, Christine Schainost of Colony, Kansas; two brothers, Mike Schainost and wife Jeanie of Garnett, Kansas; Gary Schainost and wife Tracy of Iola, Kansas; one sister-in-law, Marcia Cottrell and husband Dave of Lyndon, Kansas; four nephews; and three nieces; and several friends. Memorial services will be held at 11:00 a.m., on Wednesday, July 7, 2021, at the Colony Cemetery, Colony, Kansas. Memorial contributions may be made to the 891st Family Support. You may send your condolences to the family at www.feuerbornfuneral.com.

Todd C. Schainost, age 54, of Colorado, formerly of Colony, Kansas, passed away on Wednesday, June 30, 2021, at St. Luke's Hospital on the Plaza. He was born September 24, 1966, in Garnett, Kansas, the son of Clark E. and Christine (Hoffman)... View Obituary & Service Information

The family of Todd C. Schainost created this Life Tributes page to make it easy to share your memories.

Send flowers to the Schainost family.