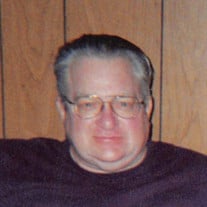 Theodore C. Minor, 75, of Yates Center, Kansas, passed away on August 5, 2021, at St. Francis hospital in Wichita, Kansas. Ted was born on April 20, 1946, in Fort Oglethorpe, Georgia, to Theodore F. Minor and Gloria H. (Wagner) Minor. Both parents and a brother, Randy, proceeded him in death. In 1972, Ted married Sharon Russell in Yates Center. She survives, as does a son, Kelley and wife Callie of Neosho Falls, Kansas; a brother Jon and wife Pam of Yates Center; grandsons Tyler of Nevada, Missouri, and Rydlee of Neosho Falls; and nephew Thealvin of Iola, Kansas. Ted graduated from Iola High School in 1966 and spent four years with the U.S. Navy from 1967 to 1971, stationed on the USS aircraft carrier Ticonderoga. He attended Allen County College where he received his associates degree in 1973. He was a truck driver and was the animal control officer for Yates Center police department most of his life. Ted was an avid collector of military items, knives, and civil war memorabilia. Ted was a fan of area youth baseball and enjoyed listening to the Iola Community Band play at the courthouse bandstand. Funeral services will be held at 10:30 AM, Thursday, August 12, 2021 at the Feuerborn Family Funeral Service, 1883 US Hwy, Iola, Kansas 66749. Burial with military honors will follow in the Highland Cemetery. Memorial contributions in Ted's honor may be made to ACARF and left in care of the funeral home. Condolences to the family may be left at www.feuerbornfuneral.com.

The family of Theodore C. Minor created this Life Tributes page to make it easy to share your memories.

Send flowers to the Minor family.