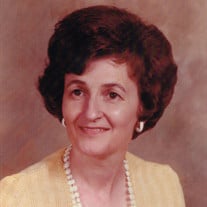 Ruth Colleen Shanahan, of Santa Fe, New Mexico, died on Tuesday, October 20, 2020, at the age of 89. Born in Colony, Kansas on October 3, 1931, she was the oldest daughter of Vernon Chatterton and Hazel (Markley) Chatterton. Ruth celebrated her life to the fullest by devoting herself wholeheartedly to the wellbeing of her family and friends. After growing up in Phoenix, Arizona, at the age of 18, Ruth returned to Kansas with her older brother Harold Chatterton. There she fell in love with Robert A. Shanahan of Iola and on February 8, 1953, Bob and Ruth were married at the 1st Presbyterian Church. This union was blessed with their two daughters, Deanna and Teressa. As a housewife and mother, Ruth also worked as a bank teller at the Allen County State Bank while in Iola. The family moved to Tulsa, Oklahoma where she held a position as a bake cook at Nimitz Jr. High. Ruth, Bob and kids were transferred to Dallas, Texas in 1969 where she became a sales clerk at Sears and Roebuck in the drapery department for many years. Retail Clerk became her business and enjoyment. She was top in sales at Sears, Kitchen Witch, Hallmark and a dress shop in Richardson, Texas. Bob and Ruth were active members of the First Presbyterian Church in Richardson, Texas. Ruth had a passion for sewing, decorating, oil painting and square dancing with the Kissin' Kousins Club. ...But most of all, she was the devoted wife and caregiver for her husband, Robert, whom she cared for over 25 years while he withstood the ravages of Parkinson’s. There are many stars in her crown for that effort. The two of them enjoyed their lives together in the Dallas area; Bella Vista, Arkansas; and then moved to Shawnee Mission in the Kansas City, Kansas area. After Bob's death in 2008, she chose to live out West with her daughters and family, in the beautiful mountains of northern New Mexico until her death due to Covid. She was preceded in death by her parents, her brother, Harold, her husband, Robert and her younger sister, Arleta. Ruth is survived by her daughters, Deanna Watson and husband, Mark of Cochiti Lake, New Mexico; Teressa Carlton and husband, Mark of Durango, Colorado; Grandson, Justin Carlton, his wife, Breanne and two children, Kira and Sofie of Bayfield Colorado; and granddaughter, Haley Carlton of Cedaredge, Colorado. She was so proud of her family. A private remote service will be held for her in Colony, Kansas at the graveside. A celebration of love and life will be planned for the future. Condolences may be left for the family at www.feuerbornfuneral.com.

Ruth Colleen Shanahan, of Santa Fe, New Mexico, died on Tuesday, October 20, 2020, at the age of 89. Born in Colony, Kansas on October 3, 1931, she was the oldest daughter of Vernon Chatterton and Hazel (Markley) Chatterton. Ruth celebrated... View Obituary & Service Information

The family of Ruth C. Shanahan created this Life Tributes page to make it easy to share your memories.

Send flowers to the Shanahan family.