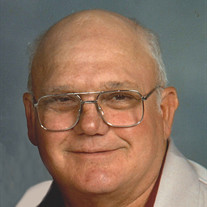 Paul Leroy Sinclair, age 75, passed away Friday, February 4, 2022, at his home surrounded by loved ones. Paul was born October 9, 1946, to Jodie and Irene (Malloy) Sinclair in Iola, Kansas. He graduated from Iola High School with the class of 1964. Paul married Roberta (Yohon) Sinclair on September 26, 1964, in Iola. Their union was blessed with two children. Paul started riding race horses at the age of 12 at the Allen County Fair in Iola and the passion continued through breeding, training, and racing until his passing. He loved every minute of it. Additionally, he was a talented businessman who knew the value of treating his customers with honesty and respect. He started his own plumbing business in May of 1974. The business, Sinclair Plumbing, is still in operation. Paul was a member of St. John's Catholic Church and racing's HBPA. Paul is survived by his wife, Roberta of 57 years; son, Robert (Heather) Sinclair and daughter, Paula (Jeff) Geiss; eight grandchildren; four great-grandchildren; brothers, Harry, Jim, and Art; and one sister, Grace Wools. He was preceded in death by his parents; and a brother, Joe Lee. The rosary will be recited at 9:30 A.M. on Friday, February 11, 2022. Mass will follow, starting at 10:00 A.M. at St. John's Catholic Church in Iola, Kansas. Burial will be at St. Mary's Owl Creek Cemetery in Yates Center, Kansas, immediately following the service. Family will greet friends Thursday evening from 6:00 P.M. to 8:00 P.M. in The Venue at Feuerborn Family Funeral Service. In lieu of flowers, memorials in honor of Paul are suggested to Wings of Warriors, A.C.A.R.F. of LaHarpe, or Harry Hynes Memorial Hospice. Contributions may be left with the funeral home or mailed to 1883 U.S. Highway 54, Iola, Kansas, 66749. Condolences for the family may be left online at www.feuerbornfuneral.com.

Paul Leroy Sinclair, age 75, passed away Friday, February 4, 2022, at his home surrounded by loved ones. Paul was born October 9, 1946, to Jodie and Irene (Malloy) Sinclair in Iola, Kansas. He graduated from Iola High School with the class... View Obituary & Service Information

The family of Paul Sinclair created this Life Tributes page to make it easy to share your memories.

Send flowers to the Sinclair family.