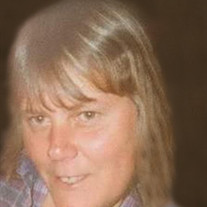 Pam Alexander, age 60, of Oskaloosa, Iowa, formerly of Garnett, Kansas, passed away on Tuesday, January 18, 2022, at Mercy One Medical Center, in Des Moines, Iowa. She was born on May 31, 1961, in Garnett, Kansas, the daughter of Paul and Nadine (McCain) Skillman. Pam was a member of the Garnett High School Class of 1979. She married Karl Alexander on October 27, 1979, in Garnett, Kansas, this union was blessed with three children. Pam lived a full life. As a child, she spent summer days at the swimming pool, skating on the weekends at the local rink or fishing on the riverbank with her family. These passions she shared with her children when she became a homemaker. She kept a welcoming home that was open to anyone who wanted to be a part of it. Sundays were special to her, the family would open their home to yard games, grilling and fun. Her philosophy on life was simple; fill your hand with a good drink, your head with good music and your heart with good people. Pam also worked at Tradewinds Bar and Grill to provide for her family and to be part of her community. She enjoyed serving and socializing with people. She was an avid Chiefs fan, a love shared with Karl. The two had the opportunity to work on the road. Their adventures took them all over the U.S. They continued to open their home and hearts making lifelong friends wherever they resided. She would quickly become a regular at the local bowling alley or sign up for a membership at the library. She also enjoyed attending concerts. A common place to find her was her kitchen. She always took the opportunity to bake with her grandchildren. She knew exactly what she wanted to prepare for any social event. She made every holiday memorable with food, decorations, and many family traditions. Her cooking brought comfort and love. She was a sassy lady who never minced words. She would tell you exactly what she thought of how she felt about something. Many of these memories often brought laughter and teasing from her children. Her later days were spent sitting around the table reminiscing with them while playing her favorite board games. Quieter days were spent with Karl around their firepit or bird feeders. She also enjoyed reading and completing crossword puzzles. She left countless stories and memories with those who had the pleasure of knowing her. She was preceded in death by her parents, Paul and Nadine Skillman; one brother, Kenny Skillman; and her son, Travis Alexander. Pam is survived by her husband of 42 years, Karl Alexander; two daughters, Jade Rockers and husband Blake, Amber Alexander, all of Ottawa, Kansas; daughter-in-law, Nina Alexander of Independence, Kansas; six grandchildren, Josiah, Abigail, Jeremiah and Izaiah Alexander, Brody and Brylee Rockers; one brother, Rick Skillman and wife Rita of Garnett, Kansas; two sisters, Keeta Berger and husband Butch of Harrison, Arkansas, Paula Cole and husband Chuck of Flippin, Arkansas. Memorial services will be held at 10:00 a.m., on Friday, January 28, 2022, at the Feuerborn Family Funeral Service Chapel, Garnett. The family will greet friends on Thursday evening at the funeral home from 6:00 p.m. to 8:00 p.m. Memorial contributions may be made to the Pam Alexander Memorial Fund to be established at a later date. You may send your condolences to the family at www.feuerbornfuneral.com.

Pam Alexander, age 60, of Oskaloosa, Iowa, formerly of Garnett, Kansas, passed away on Tuesday, January 18, 2022, at Mercy One Medical Center, in Des Moines, Iowa. She was born on May 31, 1961, in Garnett, Kansas, the daughter of Paul and... View Obituary & Service Information

The family of Pam Alexander created this Life Tributes page to make it easy to share your memories.

Send flowers to the Alexander family.