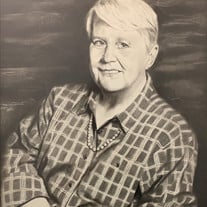 Margaret L. Ratliff, age 83, of Garnett, Kansas, passed away on Tuesday, September 14, 2021, at Residential Living Center, Garnett, Kansas. She was born April 10, 1938, in Jefferson, Iowa, the daughter of Harold and Margaret (Teausant) Brees. Later, they moved to Renton, Washington, where she graduated from Renton High School. After high school, she worked at Boeing. Max Owen Ratliff was stationed in Seattle, Washington with the U.S. Army, where they met. They were married on March 23,1957, in Renton, Washington. That union was blessed with one amazing son. (We will let the public decide which one that is!) They are Ron and Randall O. Ratliff. She and Max owned and operated the Anderson County Sales Company for more than 47 years. She was the bookkeeper for the duration of their ownership. The business is now owned by Ron and Christy Ratliff. Margaret enjoyed bowling, gambling, attending sales and collecting, and she loved reading books. She was preceded in death by her parents, Harold and Margaret Brees; her husband, Max Ratliff; and her sisters, Lou and Dee. Margaret is survived by her two sons, Ron Ratliff and his wife Christy of Garnett, Kansas; Randall O. Ratliff of Nashville, Tennessee; one sister, Marilyn Bridges of Renton, Washington. Funeral services at 10:00 a.m. on Saturday, September 18, 2021, at the First Christian Church, Garnett, with the burial following at the Garnett Cemetery. Family will greet family and friends on Friday evening from 6 to 8 p.m. at the Feuerborn Family Funeral Service Chapel, Garnett. Memorial Contributions may be made to Anderson County 4-H. You may send your condolences to the family at www.feuerbornfuneral.com.

The family of Margaret L. Ratliff created this Life Tributes page to make it easy to share your memories.

Send flowers to the Ratliff family.