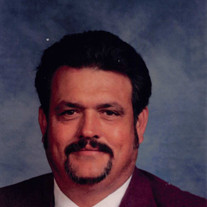 Larry Lillard, 74, of Moran, Kansas, passed away on April 21, 2022. He is preceded in death by his parents and his daughter, Shelley Lillard. He is survived by his wife, Natha, of the home; his step-children, Mashawna Thompson (Mynatt) of Edwardsville, Kansas and Mica Mynatt of Moran; his sister, Diana Gurley; his niece, Marley and nephew, Arlen; his son, Dimitri Lamping; seven grandchildren; and one great-grandchild. Larry Wayne Lillard was born on November 20, 1947, in Boonville, Arkansas, to Harold W. Lillard and Bettye Dean (Dacus). He graduated from Heidelberg High School in Heidelberg, Germany. After graduating high school, Larry attended and graduated from Ozark Christian College in Arkansas. He enlisted in the army after graduating from college and entered active duty stationed at the U.S. Army base in Augsburg, Germany. Larry was transferred to Fort Riley, Kansas, where he finished his army service. After an honorable discharge, he began teaching music and band in Grinnell, Kansas. Larry moved to Moran, where he met his wife, Natha. He taught in both the Marmaton Valley and Iola school districts before retiring after a distinguished career in teaching. Larry and Natha (Phipps) were married in 2000, at the Moran United Methodist Church. They were foster parents to over 200 young men throughout their marriage. In addition to foster parenting, Larry remained active in retirement as a member of the Moran American Legion and the Moran Masonic Lodge. He enjoyed coon hunting and listening to jazz music. Larry and Natha enjoyed golfing, gardening, traveling, and visiting with his friends, former students, and their children and grandchildren. A Memorial service will be at 10 a.m. Thursday, May 5, at Feuerborn Funeral Home, 1883 US Hwy 54, Iola, Kansas. Graveside service will follow at 1:30 p.m. at Fort Scott National Cemetery in Fort Scott, Kansas. Donations can be made in Larry's name to the Moran Masonic Lodge or the American Legion Post in Moran, Kansas. Condolences for the family my be left online at www.feuerbornfuneral.com.

Larry Lillard, 74, of Moran, Kansas, passed away on April 21, 2022. He is preceded in death by his parents and his daughter, Shelley Lillard. He is survived by his wife, Natha, of the home; his step-children, Mashawna Thompson (Mynatt) of Edwardsville,... View Obituary & Service Information

The family of Larry Wayne Lillard created this Life Tributes page to make it easy to share your memories.

Send flowers to the Lillard family.