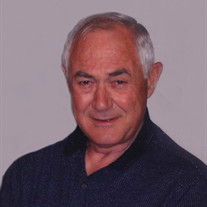 Kenneth "Kenny" D. Platt, age 77, of Ottawa, Kansas, passed away on Friday, November 26, 2021, at Advent Health, Shawnee Mission, Kansas. He was born May 22, 1944, in Garnett, Kansas, the son of Emmett and Helen (Tush) Platt. Kenny graduated from Garnett High School with the Class of 1962. He attended Emporia State University. Kenny married Linda Couture on September 8, 1965 in Miami, Oklahoma, this union was blessed with two children, Shelly and Scott. He worked for the State of Kansas in his earlier years, and he spent most of his life in the aggregate sales and service. Kenny was the president for the National Limestone Association for two years, and served on the Board of Directors. He loved spending time with his family, and enjoyed hunting, fishing, or just being outdoors. Kenny and Linda enjoyed traveling, and especially his beloved little dog, Corky. Kenny was an avid K-State fan, holding season football tickets for over 25 years. He was preceded in death by his father, Emmett Platt; one brother, Clark Platt; and step-father Merle Rockers. Kenny is survived by his wife Linda of 56 years; his mother, Helen Rockers of Garnett, Kansas; one daughter, Shelly Barnes of Ottawa, Kansas; one son, Scott Platt and wife Brenda of Colby, Kansas; three grandchildren, Cameron Barnes, Aaron and Jessica Platt. Memorial services will be held at 10:30 a.m., on Friday, December 3, 2021, at Feuerborn Family Funeral Chapel, Garnett. The family will greet friends on Thursday evening at the funeral home from 6:00 p.m. to 8:00 p.m. Memorial contributions may be made to Prairie Paws Animal Shelter or St. Jude's Children research Hospital. You may send your condolences to the family at www.feuerbornfuneral.com.

The family of Kenneth "Kenny" D. Platt created this Life Tributes page to make it easy to share your memories.

Send flowers to the Platt family.