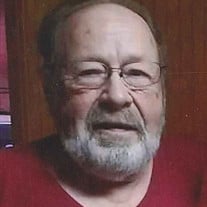 Jimmie Dean "Skip" Williams, age 70, of Iola, Kansas, passed away peacefully on January 27, 2022, after a long battle with cancer at his home in rural Allen County. Skip was the oldest of two children. He was born in Joplin, Missouri on July 2, 1951. Skip graduated from Shawnee Mission North, class of 1969. He kept in touch with many of his childhood friends from the neighborhood he grew up in and also high school friends. He attended several of his class reunions. In his youth he enjoyed fishing with his grandfather, Hobe Williams. Skip came to Iola after a transfer from Inter-Collegiate Press in Kansas City. Iola became his lifelong home. Jim worked for Merchants Supply in Iola and Genery Novelty for over ten years. He later became a self-employed carpenter and also worked at Allen County Hospital for both the new and old facilities as a contracted employee. He also had several evening part-time janitorial jobs that he and his wife, Jan Williams, did for several years. Skip and Jan recently celebrated their 46th Wedding Anniversary on January 19th, 2022. Skip is preceded in death by his mother, Helen Williams on February 18, 2004; grandparents, Mildred and O.R. Arrowood, and Hobe and Gertrude Williams, all of Joplin, Missouri. Skip is survived by his wife, Jan Williams and son, James Williams of the home; grandson, Jace Christian Williams of LaHarpe, Kansas. James and Jase were the loves of his life. Skip is also survived by his father, Jim F. Williams of Overland Park, Kansas; sister, Susie (Tom) Rice of Overland Park, Kansas; nephews, Jacob (Kyla) Rice of Overland Park, Kansas, and Seth (Ashley) Rice of Fort Scott, Kansas; niece, Nicole (Phil) Heifferon of Denver, Colorado; brother-in-law, Neal (Mary) Weatherman of Eudora, Kansas; and sister-in-law, Ramona Applegate of Edmond, Oklahoma. A funeral service to honor the life of Skip will be held at 1:00 P.M. on Friday, February 4, 2022, at Feuerborn Family Funeral Service in Iola, Kansas. Burial will follow at Gas City Cemetery in Iola, Kansas. Family will greet friends from 12:00 P.M. to 1:00 P.M. at the funeral home just prior to the service. Memorials in honor of Skip are suggested to Wings of Warriors or the American Cancer Society and may be left with the funeral home or mailed to 1883 U.S. Highway 54, Iola, Kansas, 66749. Condolences for the family may be left at www.feuerbornfuneral.com.

Jimmie Dean "Skip" Williams, age 70, of Iola, Kansas, passed away peacefully on January 27, 2022, after a long battle with cancer at his home in rural Allen County. Skip was the oldest of two children. He was born in Joplin, Missouri on July... View Obituary & Service Information

The family of Jim "Skip" Williams created this Life Tributes page to make it easy to share your memories.

Send flowers to the Williams family.