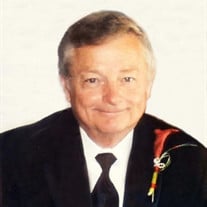 James A. Dalsing, age 72, of Leavenworth, Kansas, formerly of Greeley, Kansas, passed away on Thursday, April 8, 2021 at his home. James Albert Dalsing was born February 1, 1949, at Garnett, Kansas, the son of James B. and Wilma Jean (Kipper) Dalsing. Jim grew up in Greeley where he attended St. John's grade school and Greeley High School, graduating with the class of 1968. While in high school, Jim was a standout football and basketball player. Jim was a veteran of the Vietnam War, stationed in Korea. He served in the US Army from 1968 - 1974. Jim returned to Greeley from the service. On January 27, 1973, Jim married Mary Miner and their union was blessed with four children, James W., John, Jennifer, and Jill. Jim worked as a mail route operator for several years. Jim and Mary also owned and operated the Greeley Liquor Store for several years. In the early 1980's he earned his insurance license and became a Farmers Insurance Agent in Garnett. Following his divorce, Jim returned to his mail route and moved to Olathe. Jim moved to Leavenworth in 2008 where he concluded his 20-year career with Dillons. In his free time Jim enjoyed playing pool, bowling and golfing. The highlight of golfing endeavors came with his hole in one in 1980 at the Garnett Country Club. Jim was an avid coin collector. He was an honorary life member of the Greeley Knights of Columbus Council #1901 and he was a life member of the Greeley VFW Post #6887. His grandchildren were his greatest source of joy. Jim is survived by his children, Jim Dalsing and wife, Pam of Greeley, John Dalsing and wife, Mariah of Greeley, Jenny Basnett and Justin of Olathe and Jill Gilliland and husband, Marc of LaCygne, Kansas; nine grandchildren Landin and Adison Dalsing, Mason, Reid and Kipper Dalsing, Olivia Basnett, Jaret, Zoie and Gage Gilliland; two brothers and five sisters, Diana Lickteig and husband, Dean of Greeley, Tom Dalsing of Warrensburg, Missouri, Gene Dalsing of Kansas City, Kansas, Kay Egidy of Olathe, Kansas, Cindy Katzer and husband Dan of Paola, Kansas, Becky Sommer and husband Mark of Tecumseh, Kansas, and Mary Jo Dalsing of Greeley, Kansas. Graveside services with military honors will be held at 1:00 pm, Friday, April 16, 2021, at the St. John's Cemetery, Greeley, Kansas. The family will greet friends following the graveside service at the Greeley Café, 103 W. Brown, Greeley, Kansas. Memorial contributions may be made to the Greeley Knights of Columbus Council #1901 and may be left in care of the funeral home. You may send your condolences to the family at www.feuerbornfuneral.com.

James A. Dalsing, age 72, of Leavenworth, Kansas, formerly of Greeley, Kansas, passed away on Thursday, April 8, 2021 at his home. James Albert Dalsing was born February 1, 1949, at Garnett, Kansas, the son of James B. and Wilma Jean (Kipper)... View Obituary & Service Information

The family of James A. Dalsing created this Life Tributes page to make it easy to share your memories.

James A. Dalsing, age 72, of Leavenworth, Kansas, formerly of...

Send flowers to the Dalsing family.