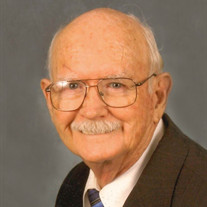 Jack Eugene Eden, age 91, of Ottawa, Kansas, went home to be with his Lord and Savior, Jesus Christ, on Friday, November 12, 2021. Jack was born on August 28, 1930, in Kinta, Oklahoma, the son of Jack Eugene Eden and Zella Marie Samples Eden. Jack attended elementary and secondary school in Kinta, Oklahoma. He received his Bachelor of Science in Education in 1955, and his Master of Teaching degree in 1958, both from Northeastern State University in Tahlequah, Oklahoma. In 1983, Jack completed course work for an Associate degree in Criminal Justice from Labette County Junior College in Parsons, Kansas. In 1950, Jack enlisted in the U.S. Navy, and received his Honorable Discharge in 1954. During his time in the Navy, Jack was conferred in 1952, as a Hospital Corpsman 2nd Class aboard the USS Mississippi BB-41, later AG-128, with his most significant duty assignment in Camp Le Jeune, North Carolina. On August 6, 1952, Jack married Enid Elaine Eden, in Van Buren, Arkansas. They were married 66 years until her death in 2019. To this union they were blessed with four sons, Jack Eugene Eden and wife Joanne, of Lawrence, Kansas; David Duane Eden of Buffalo, Kansas; James Randall Eden and wife, Carolyn of Fredonia, Kansas; and Jeffrey Scott Eden of Cincinnati, Ohio. They were also blessed with five grandchildren, Angie, Sheila, Brennan, Kyle and Caleb, and seven great grandchildren. Mr. Eden taught Biology and Chemistry at Garnett High School for 24 years, 1955-1979. He then was Director of the Community Revival Center Church Christian Academy from 1979 to 1982. Jack served as Pastor of the Federated Church in Blue Mound, Kansas from 1972-1973. He completed the course of study from Kenneth Hagin's Rhema Correspondence Bible School in 1976. He became an Ordained Minister with H.E.L.P.S. Ministry Fellowship International at Community Revival Center Church in Ottawa, Kansas. He was an avid Bible scholar and teacher for many years. In 1982, Jack joined the Anderson County Sheriff's Department as Deputy Sheriff. He then served as Undersheriff from 1982 to 1988. Jack remained in law enforcement by serving as a police officer in the Garnett Police Department from 1988 to 1990 and was Garnett Chief of Police from 1990-1995. Jack was NRA-Qualified as Police Expert in the mid-1980's. In 1983, at the Kansas Law Enforcement Training Center 78th Basic Training School in Hutchinson, Kansas, Jack won 1st Place in Firearms. He also became involved with the Lake Garnett Sporting Club and was instrumental in the construction of the shooting range there. As an active member of the LGSC, Jack won several Top Gun Awards in shooting competitions from 2003 to 2010. Jack is survived by Judy, his wife of two years; his four sons and their families; and Judy's two daughters and one son, including Tammy Ellis of Ottawa, Kansas; Cindy Twedt of Austin, Texas; and Dan Twedt and wife Becky of Waukee, Iowa; and three grandchildren, Grant Ellis and wife Alexa; and Anna and Owen Twedt. Funeral services will be held at 10:00 a.m., on Friday, November 19, 2021, at the Community Revival Center Church, 2749 Montana Rd, Ottawa, Kansas 66067, with burial to follow in the Highland Cemetery, Ottawa. Jack's family will greet friends on Thursday evening from 6:00 p.m. to 8:00 p.m., at the Feuerborn Family Funeral Service Chapel, 219 S. Oak St., Garnett, Kansas 66032. Memorial contributions may be made to Community Revival Center Church. Condolences may be sent to the family at www.feuerbornfuneral.com

The family of Jack E. Eden created this Life Tributes page to make it easy to share your memories.

Send flowers to the Eden family.