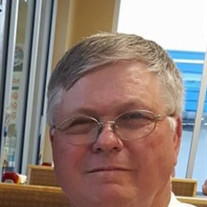 Homer Leonard "Pancho" Adams, age 68, of Colony, Kansas passed away Thursday, January 13, 2022, at Olathe Medical Center, Olathe, Kansas. Pancho was born March 19, 1953, in Garnett, Kansas. He was the eighth child of nine children born to Homer LeRoy and Helen Mildred (Fagg) Adams. Pancho grew up in Welda, attending grade school there before attending and graduating from Garnett High School with the class of 1971. On March 24, 1973, he was united in marriage to Shirley Ann (Pruitt) Adams in Welda, Kansas. They first made their home north of Colony on the family farm, moving into Colony in 1988. Pancho first worked on the construction of the Wolf Creek Power Plant. He later worked in the maintenance department at Wolf Creek Power Plant for many years before retiring in 2016. In addition to his work at Wolf Creek, Pancho always kept some cows on the farm so he had something "to tinker with". Pancho never met a stranger. He was always willing to visit with new and old friends. In his free time, Pancho enjoyed spending time with family and friends, fishing, buying t-shirts he would never wear, and hiding Snickers candy bars from Shirley, because she would say he didn't need them. Pancho was preceded in death by his parents, five brothers, Howard, Darrell, Walt, Ralph and Delbert Adams; two sisters, Mildred Adams and Elaine Mitchell. Pancho is survived by his wife of 48 years, Shirley, of the home; children Brenna Hammond and Chad of Colony and Mitchell Adams and Alisha of Colony; five grandchildren, Kyle Hammond, Karlee Wolken and Tyler, McKenna Hammond, Ethan Adams and Elaine Adams; one great grandchild expected in July 2022; sister, Charlotte Adams of Independence, Kansas. A funeral service to honor the life of Pancho will be held at 10:00 AM, Tuesday, January 18, 2022, at The Church of Jesus Christ of Latter-day Saints, Iola Ward in Iola, Kansas. Burial will follow in Highland Cemetery. Pancho's family will greet friends from 6:00 PM to 8:00 PM on Monday, January 17, 2022 at Feuerborn Family Funeral Service in Iola, Kansas. Condolences for the family may be left online at www.feuerbornfuneral.com.

The family of Homer Leonard "Pancho" Adams created this Life Tributes page to make it easy to share your memories.

Send flowers to the Adams family.