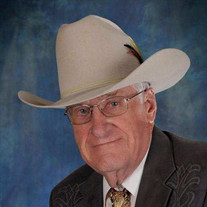 Gary D. Hawk, age 89, of Iola, Kansas, passed away on Saturday, January 1, 2022, at his home. He was born December 24, 1932, at Hennessey, Oklahoma, the son of Orville and Nina (Witt) Hawk, the second son of four children. Gary graduated... View Obituary & Service Information

The family of Gary D. Hawk created this Life Tributes page to make it easy to share your memories.

Send flowers to the Hawk family.