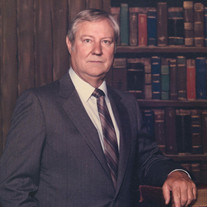 Frederick C. Litsch, age 93, of Garnett, Kansas, passed away on Tuesday, January 19, 2021, at Richmond Healthcare in Richmond, Kansas. He was born October 9, 1927, in Anderson County, Kansas, the son of Fredrick and Thresa (Brummel) Litsch. Fred married Betty Jo Wolken and they later divorced. Driven by his zeal for excitement Fred lived a life of adventure that started in his high school years. After watching war effort commercials during movies at the Garnett theatre he was determined to become involved. However, at the age of 16 none of the branches of the military would accept him. He was afraid if he waited until he was 18 the war would be over. Fred decided to quit school and join the Merchant Marines. They were accepting young men between the ages of 16 and 17 1/2 years, with parental consent. This would start Fred's love of the sea that would remain with him the rest of his life. After leaving the Merchant Marines he joined the United States Coast Guard. He was in the United States Army Reserve for two years, but his love for the sea drew him back to the United States Coast Guard where he remained until 1960. In 1961 he joined the Kansas City Missouri Police Department. While there he was involved with many specialized units. He was on the first SWAT Team KCMO implemented and went on to work as a Detective, on the Vice Squad and in the helicopter unit. He was awarded Observer Wings in the Helicopter Unit. While at the Kansas City Missouri Police Department, he received seven letters of accommodation. Upon leaving the police department, he moved to Franklin County where he purchased land to spend time during extended time off from the police department. He also took this opportunity to start his own business in Richmond, KS. The Hi-Way Inn was a bar and grill where he enjoyed spending time meeting people when he wasn't working on his farm. When the construction of Wolf Creek started he was hired by Pinkerton's Security Service. He remained there when the security contract was transferred to Kansas Gas & Electric and eventually he would become the director of security for the site. In 1990, he was nominated by the Anderson County Democratic Chairperson to take the place of the Anderson County Sheriff who had resigned. He worked in this capacity for two years. He went back to security and worked part-time as a consultant and trainer until fully retiring; all the while Fred remained very active in attending training courses, training with internationally recognized instructors, and attaining instructor certifications in several different disciplines. His zeal for life did not end with retirement as he continued to stay very active. He traveled coast to coast assisting in the restoration of old ships he had worked on during his tenure in the Merchant Marines and Coast Guard. It speaks volumes that at 75 years old, as a volunteer, he completed a basic firefighter and rescue swimmer course to assist others who were on the ships in case of an emergency. Fred was always ready to go on an adventure. If he was craving Sea Food, he drove to Mobile, Alabama and got fresh shrimp. If he saw a location on the Discovery Channel that interested him, he would pack up and go to see it firsthand. He collected several photo albums of these trips and enjoyed sharing them with people. Fred was preceded in death by his parents, Fredrick and Thresa Litsch, six sisters, Dorothy "Dora" Boots, Barbara Mersman, Emma Mardick, Stella Nixon, Ethel Bartee, and Helen Cooper; one brother, LeRoy "Bud" Litsch. He is survived by three nieces, Leona Mae McKittrick of North Ridge, California, Ethyline Yvonne True of Kearney, Nebraska, Dorothy Bowman of Ottawa, Kansas; one nephew, Randy Bowman; several cousins and friends. Military graveside inurnment will be held at 2:00 P.M., on Thursday, March 11, 2021 at the Holy Angels Cemetery. Memorial contributions may be made to the Garnett V.F.W. Post #6397 or American Legion Fuller-Thompson Post#48. You may send your condolences to the family at www.feuerbornfuneral.com.

The family of Fredrick C. Litsch created this Life Tributes page to make it easy to share your memories.

Send flowers to the Litsch family.