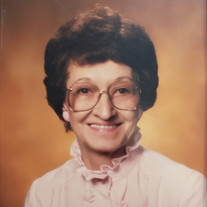 Edna Mae Kellerman, age 85, of Garnett, Kansas, passed away on Friday, February 12, 2021, at Morningstar Care Homes, Ottawa, Kansas. Edna was born on March 1, 1935, in Greeley, Kansas.  She was the eighth of thirteen children born to Paul A. and Teresa E. (Hastert) Volz.  She grew up on the family farm near Greeley where she walked uphill to and from (and in the snow) school in Greeley. While in school Edna enjoyed playing basketball and softball.  Edna especially enjoyed attending dances with her sisters when they were young.  Edna possessed an unfailing work ethic throughout her life.  She began working as a seamstress at the Garnett Sewing Factory where she met her future husband, Bob. Edna was united in marriage to Robert Davis on July 2, 1955 at Holy Angels Catholic Church in Garnett, Kansas.  This marriage was blessed with five children.  Edna and Bob started their dairy farm shortly after their marriage.  Over the years, they milked on farms near Welda and Garnett before they moved to their farm northeast of Westphalia.  Edna was an integral part of the operation, milking, haying, and taking care of the house and office work.  Bob preceded her in death on May 7, 1987.  Edna married Lee Kellerman on September 21, 1996.  Lee preceded her in death on October 29, 2014.  What would be work to most people were hobbies to Edna, she enjoyed her garden, sewing and canning.  In her seldom used spare time she enjoyed puzzles, solitaire and playing cards.   Edna was preceded in death by her parents, husbands, Bob and Lee, six brothers and four sisters, Edwin, Theresa Guilfoyle, Maurice, Florence Justice, Johnnie James, Mary Rockers, Leo, Lucille Rockers, Anthony and Robert; and one great-grandson, Kason Davis. Edna is survived by her five children,  Cathy McKague and husband, John of Trinity, Texas, Christina Robertson and husband, Joseph of Houston, Texas, Doug Davis and wife, Debbie of Garnett, Carol Lingo and husband, Rick of Princeton, Kansas, and Cindy Aldridge of Bridge City, Texas; eight grandchildren; and eleven great grandchildren; two sisters, Marjorie Fields of Portland, Oregon and Barbara Katzer and husband, Ben of Garnett. Funeral services will be held at 3:00 PM on Tuesday, February 16, 2021, at the Feuerborn Family Funeral Service Chapel in Garnett, Kansas.  Edna’s family will greet friends following the service until 5:30 P.M.  The services will be livestreamed for those unable to attend (link to be updated in the obituary).  Private inurnment will take place at a later date at the Holy Angels Cemetery in Garnett, Kansas.  Memorial contributions may be made to Good Shepherd Hospice or Holy Angels Church and left in care of the funeral home.  Condolences to the family may be left at www.feuerbornfuneral.com.

Edna Mae Kellerman, age 85, of Garnett, Kansas, passed away on Friday, February 12, 2021, at Morningstar Care Homes, Ottawa, Kansas. Edna was born on March 1, 1935, in Greeley, Kansas.  She was the eighth of thirteen children born to Paul A.... View Obituary & Service Information

The family of Edna (Davis) Kellerman created this Life Tributes page to make it easy to share your memories.

Edna Mae Kellerman, age 85, of Garnett, Kansas, passed away on...

Send flowers to the Kellerman family.