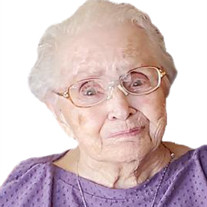 Delma P. Nutz, age 94, passed away October 2, 2021, at the Allen County Regional Hospital, Iola, Kansas. Delma was born July 12, 1927, in LaHarpe, Kansas, to Clarence McVey and Pauline (Davis) McVey. Delma attended LaHarpe High School until she married Wilbern (Dib) Colgin on October 3, 1943. They lived in several places in Allen County and raised their four children in LaHarpe, Kansas. They were married 29 years when Wilbern passed away. Delma and Alan Nutz were married on February 14, 1975, and they were married 33 years. Delma was a member of the Iola First Baptist Church until she suffered a stroke, which put her in Windsor Place for the last 4+ years. She loved Windsor Place and the caring staff, and so did her children. They were the best, caring for Mom when she could no longer care for herself. Delma was a daycare provider in LaHarpe for many years. Many children were raised in her care, with many keeping in touch long after they left to go to school. She held a variety of jobs in the area. She worked for several care homes, became the owner of Delma's Grocery in LaHarpe, drove a Head Start bus, helped get the LaHarpe Friendship Meal site going and when she and Al moved to Iola, she continued to work at the Friendship Meal site in Iola. Delma loved to attend senior dances, playing cards, camping, fishing, and watch the major league ballgames with Al. She sewed her daughters' dresses and loved cooking and baking! She was a 4-H leader, teaching cooking and baking while Dad helped with woodworking. They were active in their children's activities, like skating, piano lessons, playing softball, and going to a movie. Delma and Al were very active in the LaHarpe VFW. Al was the chaplain and Delma was part of the Ladies Auxiliary. Delma was preceded in death by her parents, Clarence and Pauline McVey; husbands, Wilbern and Alan; brothers, Wayne McVey, Earl McVey, Vernon McVey; children, Deloris "Dee" Johnson, James "Jimmie" Colgin; son-in-law, Jim Johnson; granddaughter, Lucinda Seeber; and companion, Elvin Foster. Delma is survived by her children, Sandy (Cecil) Beaman, Belle Plaine, Kansas, Betty (Wayne) Seeber, Troy, Missouri, Dora Colgin Lynch (Jimmie); brother, Dale McVey, Moran, Kansas; seven grandchildren, sixteen great-grandchildren, and a host of nieces and nephews. A visitation will be from 5:00 p.m. to 7:00 p.m. on Monday, October 11, 2021, in The Venue at Feuerborn Family Funeral Service, 1883 US Highway 54, Iola, Kansas. A funeral service honoring Delma's life be at 11:00 a.m. on Tuesday, October 12, 2021, in the chapel at Feuerborn Family Funeral Service, Iola, Kansas. Burial will follow in the LaHarpe Cemetery, LaHarpe, Kansas. Memorials are suggested to the Iola First Baptist Church, and may be left with Feuerborn Family Funeral Service. Condolences for the family may be left at www.feuerbornfuneral.com.

The family of Delma Pearl Colgin Nutz created this Life Tributes page to make it easy to share your memories.

Send flowers to the Nutz family.