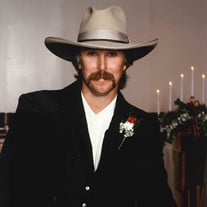 Bryant R. Kunard, age 60, of Parker, Kansas, passed away on Wednesday, October 20, 2021, at St. Luke's Plaza Hospital, Kansas City, Missouri. He was born June 7, 1961, in Ottawa, Kansas, the son of John and Cora (Dunn) Kunard. He graduated from Ottawa High School, Ottawa, Kansas with the Class of 1979. After high school he worked for H.D. Lee, Killough, Fogle and Martin Marietta Quarries until he and his wife Mary opened Country Fabrics in Garnett, KS in 2007. In his earlier years, he enjoyed rebuilding his Chevy Silverado into an award-winning show truck with the help of many friends, entering and winning car shows throughout the Midwest. Bryant was a former Boy Scout leader and a member of Mic-O-Say. Later in life, he began raising longhorn cattle and established Bittercreek Longhorns near Parker, KS. He met the love of his life Mary Stever in Garnett in 2004 and were married in the Nazarene Church on July 10, 2004. He and Mary attended the High Point Cowboy Church in Colony, KS. He was preceded in death by his father, John Kunard. Bryant is survived by his wife Mary Kay Kunard, of the home; son, Ethan Kunard of Helena, Montana; his mother, Cora Kunard of Ottawa, Kansas; sister, Diana Barnes and husband Gary of Littleton, Colorado; one niece Jessica (husband Michael) Diener and children of Evergreen, CO; nephew Eric (wife Samantha) Barnes and son Jack of Fayetteville, AR; as well as many cousins, Aunts and Uncles. Funeral services will be held at 10:30 a.m., on Friday, October 29, 2021, at the Garnett Church of the Nazarene, followed by lunch for friends and family. Burial will be at 1:30 p.m., in the Highland Cemetery, Ottawa, Kansas. The family will greet friends on Thursday evening from 6:00 p.m. to 8:00 p.m. at the Feuerborn Family Funeral Service Chapel, 219 S. Oak St., Garnett, Kansas. Memorial contributions may be made to the Montana Watershed Coordination Council. You may send your condolences to the family at www.feuerbornfuneral.com.

The family of Bryant R. Kunard created this Life Tributes page to make it easy to share your memories.

Send flowers to the Kunard family.