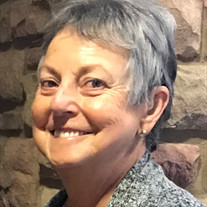 Bonnie Pickert, age 75, of Garnett, Kansas, passed away on Tuesday, April 26, 2022 at Vintage Park at Ottawa. Bonnie was born on July 28, 1946 on the family farm south of Greeley, Kansas. She was the fifth of five children born to Robert Chase and Eleanor (Harding) Chase. Bonnie grew up in Greeley where she attended school, graduating from Greeley High School with the class of 1964. On June 6, 1964, Bonnie married John Harold Pickert at St. John's Catholic Church, Greeley, Kansas. They made their home in Lane, Kansas until 1989 when they moved to Osawatomie, Kansas, and then later to LaCygne, Kansas. Bonnie worked at the Osawatomie State Hospital for over 30 years. She began her career as an LMHT, before escorting patients. Bonnie earned her Associate's Degree in Physical Therapy from Penn Valley. She concluded her career in 2001, after many years as a Physical Therapy Assistant. In retirement, Bonnie continued working for a few years doing home health as a PTA. John and Bonnie were members of the Olathe Sportsman's Club. Through the club they made many lifelong friends as they enjoyed camping, fishing tournaments, fish fry's and cold beers. Bonnie moved to Garnett in 1999, where she enjoyed traveling, fishing, attending garage sales and auctions, and crafting. Bonnie enjoyed traveling with Deen Ruppelius of Wagoner, Oklahoma, they made numerous trips to Florida and Canada. She particularly enjoyed the times they spent on the lake in Wagoner. Bonnie and John were able to share their love of fishing with their grandkids. Some of her greatest joys came from spending time with her grandkids and attending their events. Bonnie's orneriness will be missed by most (lol) of those who knew and loved her. She was preceded in death by her parents, Robert Chase and Eleanor McClanahan; stepfather, Phil McClanahan; stepmother, Sylvia Chase; husband, John on January 26, 1997; two brothers, Robert "Buck" Chase and Kermit "Cookie" Chase; and her companion of six years, Deen Ruppelius. Bonnie is survived by her two daughters, Paula Reeve and husband, Tim, of Harrisonville, Missouri and Debbie Conkle and husband, Verlin, of Emporia, Kansas; four grandchildren, Kyle Reeve, Shawn Smith and husband, Scott, Jade Andrews, and Chase Conkle; one great-grandson, Asher Andrews; two brothers, Lonnie Chase and wife, Martha, of Spring Hill, Kansas and Gerald Chase of Paola, Kansas. Bonnie's family will greet friends from 6:00-8:00 PM Friday, April 29, 2022 at the Feuerborn Family Funeral Service Chapel, 219 S. Oak, Garnett, Kansas. Graveside inurnment services will be at 2:00 PM, Monday, May 2, 2022 in the St. Boniface Cemetery, Scipio, Kansas. Memorial contributions may be made to the Bonnie Pickert Memorial fund, this will be for the benefit of the residents of Vintage Park at Ottawa, where Bonnie resided for the last three years, and left in care of the funeral home. Condolences may be sent to the family at www.feuerbornfuneral.com

Bonnie Pickert, age 75, of Garnett, Kansas, passed away on Tuesday, April 26, 2022 at Vintage Park at Ottawa. Bonnie was born on July 28, 1946 on the family farm south of Greeley, Kansas. She was the fifth of five children born to Robert Chase... View Obituary & Service Information

The family of Bonnie Pickert created this Life Tributes page to make it easy to share your memories.

Bonnie Pickert, age 75, of Garnett, Kansas, passed away on Tuesday,...

Send flowers to the Pickert family.